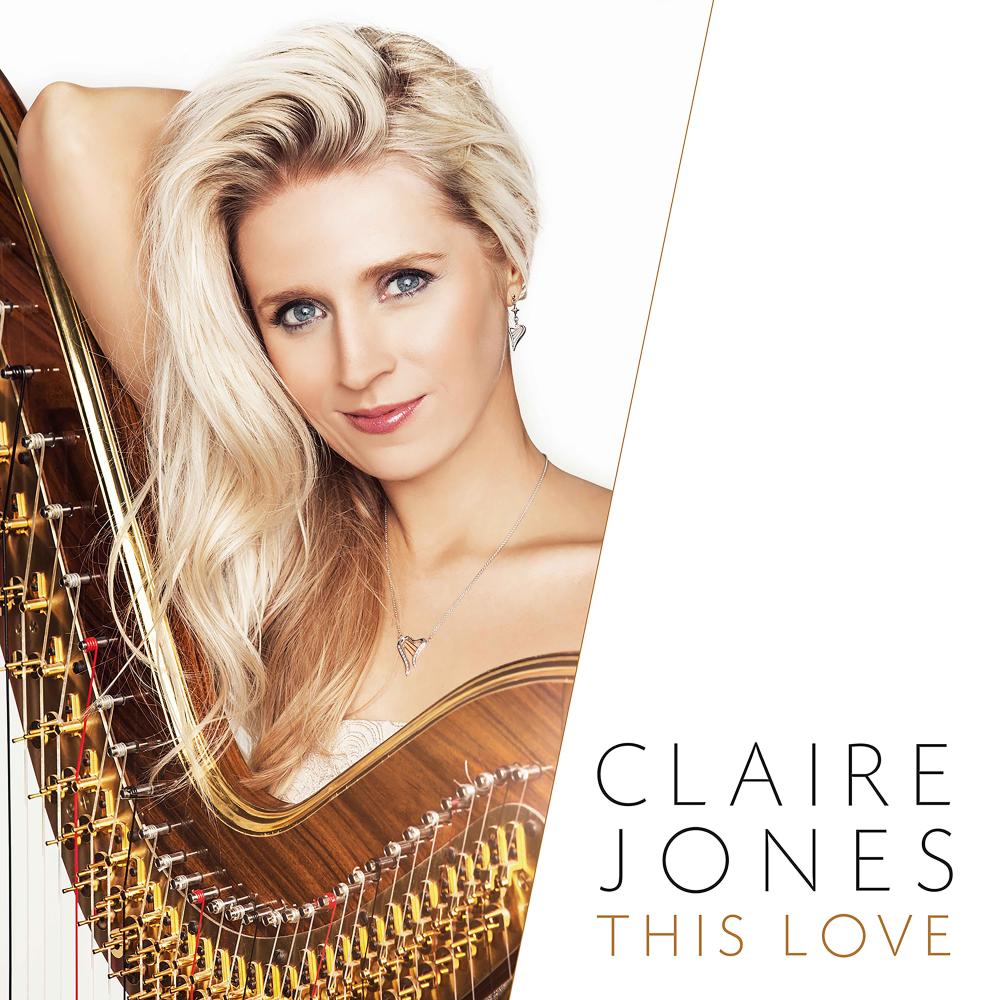 Claire Jones, the UK’s top selling classical harpist is back with a new album packed with the world’s most romantic classical melodies. This Love will be launched on Friday 28th of July, which begins Britain’s most popular weekend for weddings this year. With so many people celebrating their love and making a lifelong commitment, it seems the perfect date to launch the new album, which Claire describes as “a musical love letter to the world”.

Speaking about This Love, Claire said: “Having played at a Royal wedding and at friends’ weddings, there are some pieces of music which are regularly requested, and stand out as timeless romantic classics - and being a hopeless romantic myself, I love playing them. I’ve just celebrated my fourth wedding anniversary to Chris and we welcomed our daughter, Cadi to the world in February, so an album celebrating love seemed perfect for us and for the world right now. This Love is my way of saying thank you for all the love in my life, and sending a little love out into our world during these challenging times. I hope listeners will cherish this music as much as I enjoy performing it.”

Three years ago, it looked unlikely that Crymych born Royal Harpist, Claire Jones would ever play the harp professionally again when she was struck down with ME Chronic Fatigue (ME/CFS). But having worked with a number of specialists, changed much about her life, she’s back touring internationally. Speaking about her recovery, Claire said: “Love is a healing force, and I know for sure that it was the love of my husband, family and friends that kept me going in the really dark times of my illness, and that learning to love myself a little more was fundamental to my recovery from CFS/ME. It strikes me that the world needs a lot of love and healing right now, and as music is an international language I hope this album will spread a little love across the world.”

This Love includes timeless love classics including Intermezzo from Cavalleria Rusticana, Romance from The Gadfly and Cannon in D Major, alongside the passion and splendor of big screen love themes such as The Balcony Scene from Romeo and Juliet, A Thousand Years from Twilight and Cinema Paradiso. There are a few surprises too, such as Across the Stars from Star Wars Attack of the Clones and brand new works including a new composition by Claire’s husband Chris Marshall called Cariad, which means ‘love’ in Welsh, dedicated to their daughter.